How Art Can Bring Awareness to Developmental Disabilities 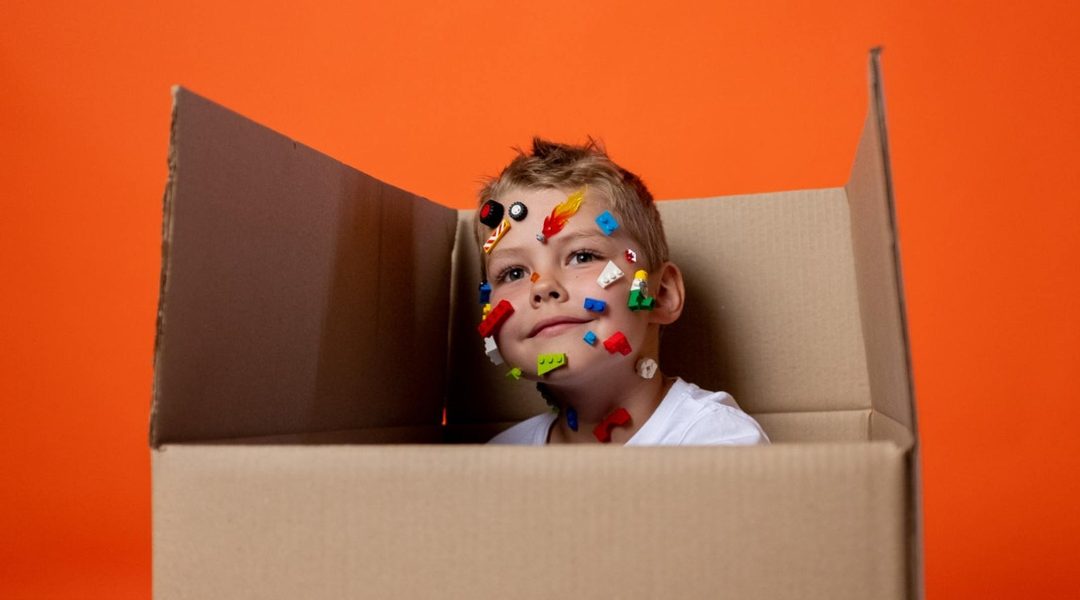 In a recent podcast, I chatted about inclusion and community support and using art to transform the way people with developmental disabilities are perceived by the world, with producer sisters Rachael & Laura Doukas. The talented sisters are founders and producers of Doukas Pictures.

The Ryan Express: An Autistic Child Shines as the Protagonist

The sisters are currently working on The Ryan Express, which tells the story of an autistic 6th grader named Robby who builds a time machine out of cardboard and scraps to go back and fix his biggest mistake – the day he was kicked off the baseball team. Unlike a sci-fi movie, the machine is made from items found around the house, like cardboard and scrap metal.

The community becomes involved and helps Ryan go back in time to play in the baseball championship. In this heart-warming story, The Ryan Express shows how an autistic child changed the community through this process.

The film illustrates the true magic that autistic children bring to this world.

“We try to show how important it is for the family to be on the same page in wanting to heal the child and understand, but also coaches and teachers, to look on the situation with empathy and treat the child with utmost respect,” said Laura.

Characters in the film end up changing because of their interaction with Robby – which they did not expect. The coach changes as he understands Robby more and sees the joy that he brings to the community.

For the audience, who is really the brave one here? Robbie is the one.  He wants to confront this issue and make it right.

“That to me is bravery,” said Rachael. “He is the one modeling the adult behavior.”

The movie, which is their feature debut screenplay, advanced to the second round of the Austin Film Festival’s Script Competition. This is a distinction achieved by less than 20% of nearly 14,000 submissions.

The Inclusive Inspiration Behind the Ryan Express

For the sisters, the movie industry has a glaring omission: there are no characters with disabilities in leading roles.

The writer/producer sister team has been working on their own films since 2015 and were inspired when their mom received an award from the Best Buddies organization.

“We partnered with them on the film,” noted Laura. “For us, our experiences in high school and middle school…children with disabilities were always separated. They were brought to a different lunch, a different table. We thought that was not the way to do it.”

The sisters stress the need for inclusivity. “We need to bridge the gap. There is such a lack of understanding of the experience of autism, that we feel people sweep it under the rug and don’t want to include people with autism. It’s important for these people to have interactions with everybody, not just people who are like them, but people who are different than them.”

The sisters made a commitment to the disability community: to hire 10% of the casting crew to be in the film. “The best way to tell the story is to get that community involved,” explained Laura. “We decided that when we made Robby, we want to include those with autism because we feel that they all can help us tell the story, and it would be something for them to be a part of and remember.”

Work on The Ryan Express Underway

The sisters have interviewed many families who have developmentally disabled children. Some have allowed the sisters to read journal entries of what life is really like. “One was so touching,” said Laura. “A father waited 2 ½ years to receive a hug from his son. A beautiful moment that we’d like to include in our film.” The sisters plan to include it in a collage at the end of the film.

They plan to begin shooting the film in spring 2022. With most of the funding in place, they’re still looking for Robby.

“I think if more films can have a protagonist who is autistic or developmentally disabled, I think that’s very important and will pique the interest of families and the community,” said Rachel.

To learn more about the movie, visit: theryanexpressmovie.com

Actors and professionals in the industry will relate their experiences and note what it takes to create authentic autistic representation for television & film.