Qualified Disability Trusts – Better than Ever under 2017 Tax Act!

Qualified Disability Trusts (“QDisTs”) came into being with the 2001 Tax Act (affectionately known by tax practitioners as “Egg Tray” … the Economic Growth and Tax Relief Reconciliation Act of 2001). Exactly what trusts qualify as QDisTs is not the subject of this article; rather, we will tell you some good news about the effects of the 2017 Tax Act on QDisTs. Actually, two pieces of good news about QDisTs – one new, and one old but which almost no one knows about. 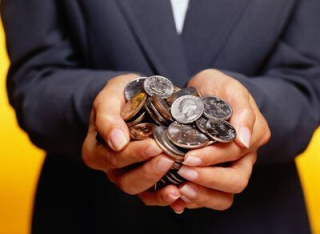 Normally a trust has a Personal Exemption for federal income tax purposes of only $100. EGTRRA changed the tax code in 2001 so that a new kind of trust … Qualified Disability Trusts … got the full Personal Exemption afforded a single individual … in 2017, that number was $4,050.

The 2017 Tax Act did away with the Personal Exemption, however, and instead raised the Standard Deduction for individuals to $12,000, and to $24,000 for a married couple filing jointly. So, most of us thought the usefulness of a QDisT was a thing of the past.

So now for the good Old News: since 2006, all such distributions from a QDisT to or for the benefit of the beneficiary are not subject to the Kiddie Tax! Rather, they are taxed to the child, just as though the Kiddie Tax did not exist.

Putting it all together

In sum, this means that a child with a QDisT could (1) get a $4,150 Personal Exemption for income retained in trust, something individuals no longer enjoy; (2) have his/her own $12,000 Standard Deduction; (3) have his/her own ride up the income tax brackets just like any other individual; and (4) have all investment ordinary income of the trust that is spent in the same year for the benefit of the child taxed at the child’s individual brackets/rates, not at the Kiddie Tax rates.

Wow! In other words, Qualified Disability Trusts are better than ever!