The Perception of Nursing Home Life

A new survey reveals that Americans view nursing homes so negatively, that the majority prefer death to living in one. 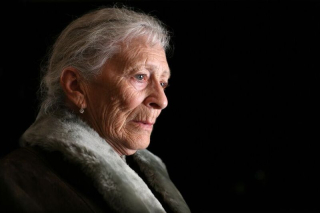 Nursing homes do not have a good reputation in the United States. The common perception of them is as cold, uncaring places where people go to pass away, isolated and alone.

It has been known for some time that older Americans prefer to keep living at home or in a family member's home, as long as possible. They would much prefer almost any option, instead of going into a nursing home.

People think that if they go to a nursing home, their loved ones will not visit them as often and that overworked staff might not give them the best treatment possible.

The depths of people's loathing of nursing homes has not been known until now.

A new survey reveals that 61% of Americans would rather pass away, than go to a nursing home as Financial Advisor reports in "Older Americans Would Rather Die Than Live In a Nursing Home."

This creates a lot of potential challenges for stakeholders.

It is an issue for elderly people who might have no choice but to go to a nursing home.

It also creates challenges for family members who act as caregivers for the elderly, since they will want to be even more careful than usual when it is time to suggest that a loved one needs nursing home care.

It also creates a problem for nursing homes, since they need to look for ways to improve their reputation.

That could mean that they need to offer more care, which costs money.

Any increased cost creates challenges for insurance companies and the government that might ultimately bear those costs.

Reference: Financial Advisor (Dec. 20, 2017) "Older Americans Would Rather Die Than Live In a Nursing Home."